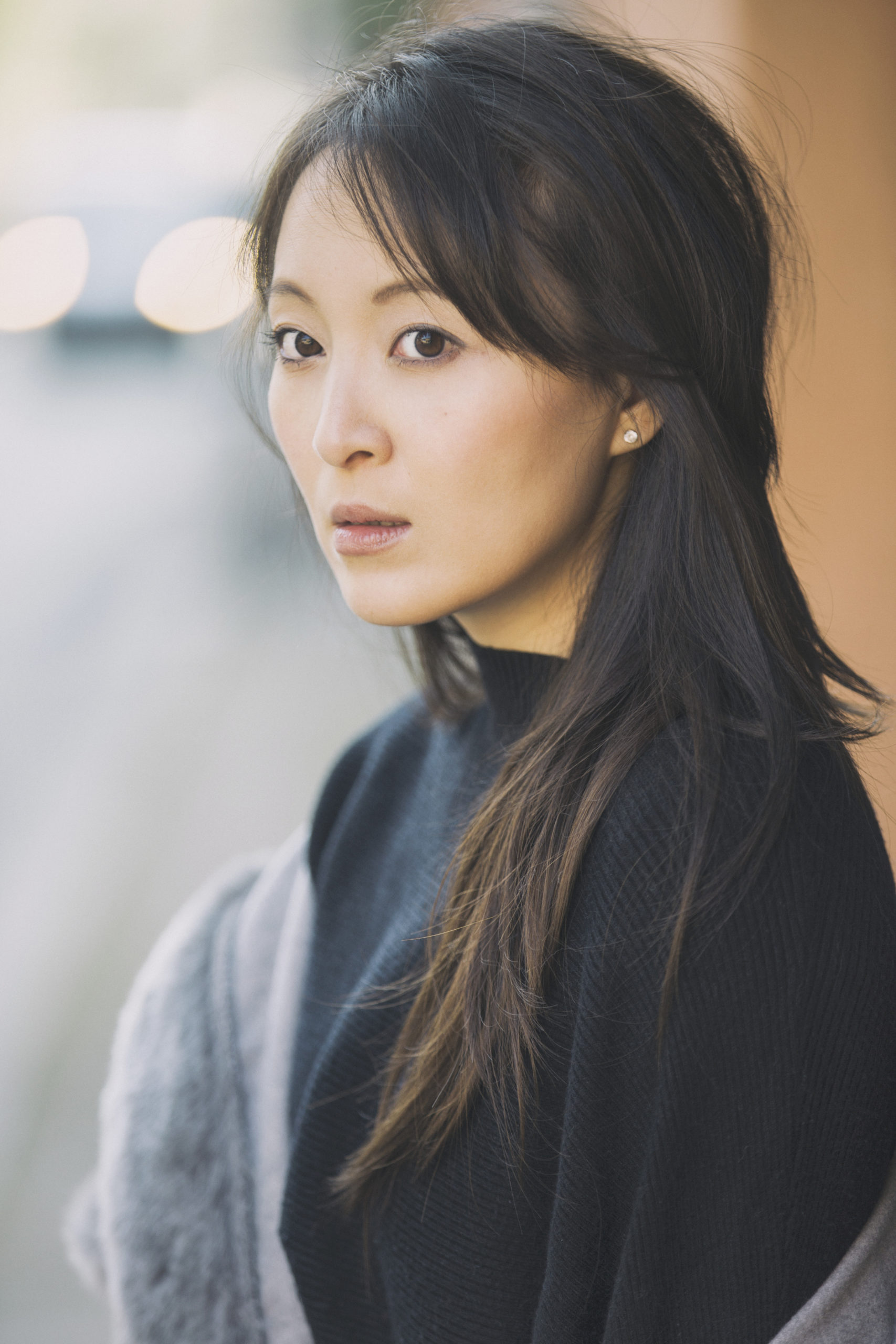 Jun Ichikawa was born in Kumamoto (Japan) from an artistic family (father graduated in Conservatory of S.Cecilia in Rome (Italy) as tenor and mother graduated in Japan as soprano and piano teacher). At the age of 8, the family moved definitely in Italy for father’s work. Meanwhile she stopped lessons of piano and decided to become ballerina, a study begun at 6 years old. She studied in Japanese schools in Rome until junior high school instead of the Italian one which she had continued until high school.

In 1998 at the age of 16, she stopped her classical ballerina carrier in an important school of ballet in Rome (Renato Greco) where she was already in its ballet company like the youngest one.
Then, she began to follow Giuseppe Argirò, a professor of drama history and acting at Sapienza university in Rome, so she did her first drama play. In 1999 she began modern ballet, hip-hop and tango argentine in Rome.
After high school in Rome she studied  for 5 years (2001-2006) in  Engineer of Architecture at La Sapienza university in Rome.
She graduated in Drama School  CRESCO “L’ATTORE” by Giuseppe Argirò at Rome studying
Acting, Recitation and voice education, Elements of direction, Music and Singing, Education of movement, Autogenous training, Fencing, History of Theatre and drammaturgy from 2003 and 2005.
Now she is student in Oriental studies at La Sapienza university in Rome from 2007 where she is actually studying chinese and japanese. She perfectly speaks 4 languages : italian, japanese, english and french.
After Drama school she had the possibility to play three times Cassandra in“AGAMENNONE”(2005) (with Marina Zanchi, Luciano Virgilio, Edoardo Siravo), “LE TROIANE” (2005) (with Maria Paiato, Anna Maria Guarnieri, Maurizio Donadoni) and “CASSANDRA E IL RE”(2010-2011), Hermia in “A MIDSUMMER NIGHT’S DREAM”(2006), Artemides in “ANDROMACA”(2006), “ACCIDENTES GLORIOSOS” (2012-2016) , “LIBERI TUTTI” (2017), “ANTIGONE” (2018-2020)
Her first appearance into the world of cinema was when she was 20 in 2002 when she lead the film “CANTANDO DIETRO I PARAVENTI” (Singing behind the screens)by Ermanno Olmi, prized by 3 David of Donatello in photography, scenography  and costume and by 5 “Nastri d’Argento” in photography, scenography, costume,producer, and screenplay .It had been presented also at Locarno (Switzerland)film festival (gold Pardo), Villerupt (Luxembourg) film festival, Annecy (France) film festival (where she was in jury), Cairo (Egypt)Film festival and Bastia(Corse) film festival.In  2004, she played next to Giorgio Pasotti in “VOLEVO SOLO DORMIRLE ADDOSSO”( I only wanted to sleep on her) (FEDIC Prize at Venice film festival, presented in Villerupt, Venezia, NICE –NY,San Francisco film festivals).
In  2005 she took  part in “ANASTEZSI” di Miguel Alcantud which won the Prize of public at Malaga film festival and she won Critic Prize at the “international prize Giuseppe Sciacca” at Vaticano and Best young actrice prize at “gran galà dell’arte” both for the interpretation of “Singing behind the screens”.
In  2006 she took part in five films like  “LA TERZA MADRE” (The third mother-Mater Lacrimarum) of Dario Argento into the role of the witch Katerina  and “SLEEPING AROUND ”which won 6 prizes at Ibiza Film festival (best director, photography, production design,music,jury,best actress).
In 2007 she attended  the Master Class with Bernard Hiller in Rome and in  Los Angeles.
In 2008 she worked with Geraldine Chaplin in “IMAGO MORTIS” and the “International film festival of Catanzaro” gave the best actrice prize , then next year she conqueered the lead role in “L’ALIBI VIOLATO” (Outraged alibi) by Riccardo Sesani and the role of Artemides into the film “L’ULTIMO RE” (Last king) by Aurelio Grimaldi.
From  2001 Jun took part also in several tv series like: “L’ISPETTORE COLIANDRO” (2004), “IL MIO AMICO BABBO NATALE 2” (2006),  “COMMISSARIO REX” (2007) , “PROVACI ANCORA PROF 3”(2008).
In 2009 she acquired a great success playing  the sublieutenant  Flavia Yoshiko Ayroldi into the famous italian tv series “RIS 5 – DELITTI IMPERFETTI” directed by Fabio Tagliavia produced by Taodue.She worked on the series “RIS ROMA” directed by Fabio Tagliavia produced by Taodue into the role of Flavia Ayroldi for two years.
From 2012 she attended the Master class with Anna Strasberg and she took part in several movies like “THE BEST OFFER” directed by Giuseppe Tornatore, “NIENTE PUO’ FERMARCI”directed by Luigi Cecinelli and “CANTO FINALE” directed by Riccardo Sesani where she played the lead role; italian web series like “FREAKS 2!”, “THE USHERS , A DARK TALE OF A BRIGHT NIGHT”, “GEEKERZ”, tv series like “L’ORIANA”, “REX 8”.
In 2014 she won the prize as best actress at “Zero Trenta Film Festival” for a short movie called “EHI MUSO GIALLO” (HEY CHINK).
In 2015 she took part in  a famous italian tv series “SQUADRA ANTIMAFIA 7” and in a movie called “IL MINISTRO” directed by Giorgio Amato where she played a lead role.
In 2016/ 2018 she is inside the cast of the new RAI1 TV series “L’ALLIEVA” directed by Luca Ribuoli and she attended the Master Class with Nancy Bishop and Ivana Chubbuck..
In 2018 we will see her in the feature film  “THE TWINS” directed by the Master of horror Lamberto Bava and in two short films “IT’S FINE ANYWAY” directed by Marcello Saurino and Pivio, winner of a special prize at CORTI D’ARGENTO 2017  and “SATYAGRAHA”  by Nuanda Sheridan’s.
In 2019 we could see her in “IL GIORNO PIÙ BELLO DEL MONDO” (The most beautiful day ever) by Siani and in “LAST WORDS” by Jonathan Nossiter where she worked with Nick Nolte and Stellan Skarsgaard.